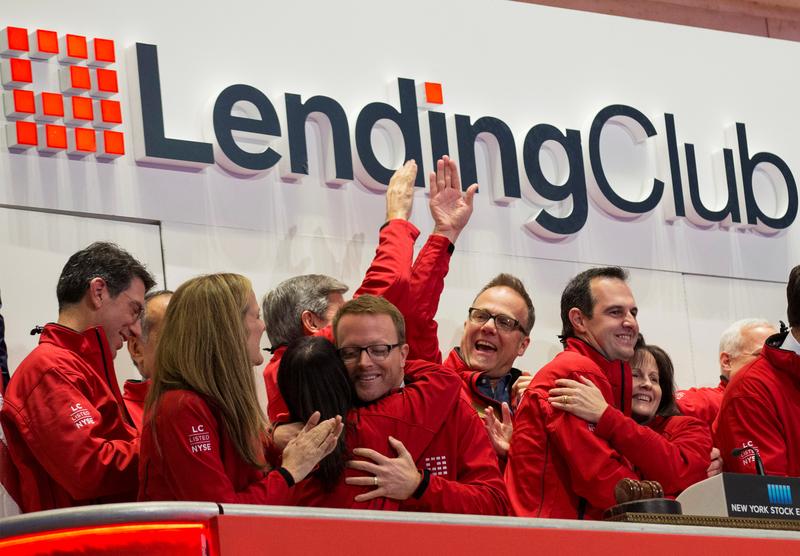 NEW YORK (Reuters) – U.S. online lenders such as LendingClub Corp, Kabbage Inc and Avant LLC are reviewing loan quality, securing long-term funding and cutting costs, as executives prepare for what they fear to be the first economic downturn in the sector.

A recession could lead to escalating credit losses, a shortage of liquidity and higher funding costs, testing business models in a relatively nascent industry.

Peer-to-peer lenders and other digital lenders emerged largely after the Great Recession of 2008. Unlike banks, which tend to have lower cost and more stable deposits, online lenders rely on market funding which can be more difficult to find in times of stress.

Their underwriting methods also often include analysis of non-traditional data, such as the education level of borrowers. While the platforms see this as a strength, it still needs to be tested in times of crisis.

“It’s very important to us,” LendingClub chief executive Scott Sanborn said in an interview, referring to the possibility of a recession. “It’s not a question of ‘if’, it’s ‘when’, and it’s not in five years.”

Sanborn and executives of half a dozen other online lenders who spoke to Reuters said deteriorating economic indicators and forecasts had made them more cautious.

Their concerns are the latest sign that fears of a US slowdown are looming. Economists polled by Reuters in March saw a 25% chance of a recession in the United States over the next 12 months. More recently, some executives said, a decision by the Federal Reserve to halt interest rate hikes has heightened those fears.

“We were seeing economists giving warning signs, and we were following signals from the Fed and they were getting more dovish,” said Bhanu Arora, head of consumer loans at Avant, a Chicago-based lender. “We wanted to be prepared and ready.”

To better position itself for the recession, Avant proposed a plan late last year that includes tighter credit requirements for segments it identified as more at risk, Arora said.

Granted, executives said they don’t yet see any obvious signs of trouble in their loan books.

A slowdown is also far from certain. On Friday, JPMorgan Chase & Co, the nation’s largest bank by assets, eased fears of a recession after posting better-than-expected quarterly profits on what it described as strong U.S. economic growth. .

Should a slowdown occur, however, it would separate the strongest online lenders from the weakest.

“All of these different platforms are saying they can subscribe in unique ways,” said Robert Wildhack, an analyst at Autonomous Research. “It will be the first chance we have to see who is right and who may have taken shortcuts.”

In February, LendingClub, a pioneer in peer-to-peer lending, offered 2019 growth projections that fell short of Wall Street expectations, in part a sign of growing caution. LendingClub does not provide loans directly to consumers, but earns fees by connecting borrowers and investors on its online marketplace.

Sanborn said the company has become stricter on credit standards for borrowers on its platform and is attracting investors with a broader risk appetite in case more cautious participants pull out.

It is also outsourcing more of its back office operations and relocating some staff from San Francisco to Utah to cut expenses, he said.

SoFI, an online lender that refinances student loans and then securitizes them, has focused on making its portfolio profitable even if that may mean lower origination volumes, CEO Anthony Noto told reporters in late February.

EXTRA CUSHION Some companies build more space on their balance sheets and try to secure financing further into the future.

Small business lender BlueVine Capital Inc, for example, is looking for extended-term credit facilities. Given the choice of paying 10 basis points less or getting a line of credit that lasts an additional year, BlueVine would choose the latter, said Eyal Lifshitz, the company’s chief executive.

“We make sure we lock in capital for longer periods of time, and from vendors we trust and know will be there,” Lifshitz said.

BlueVine offers invoice factoring, where businesses trade future cash flow for current financing, as well as lines of credit that can last up to one year. It is postponing product launches for the longer term due to economic concerns, Lifshitz said.

Atlanta-based Kabbage, which lends to small businesses, recently completed a $700 million asset-backed securitization. The company said it raised the funding to meet growing demand from borrowers, but also in part to prepare for if economic conditions deteriorate.

“We’ve been waiting for the next recession for five years,” said Kathryn Petralia, co-founder and president. “More people are convinced it’s imminent.”