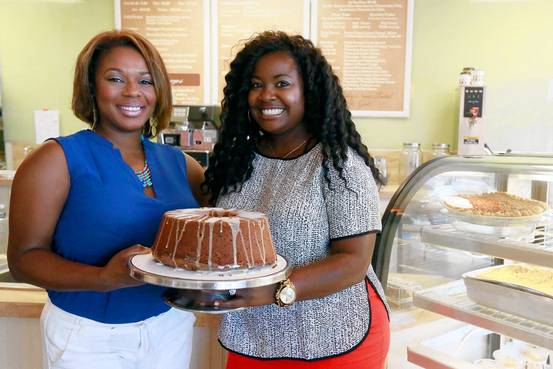 Online lenders were meant to remake the small business financing market. Instead, they’re tripping over each other to find new customers.

Backed by billions of dollars in venture capital, so-called “marketplace lenders” have sprouted by the hundreds and are flocking to the market launched by startups like OnDeck Capital. Inc.,

Kabbage Inc. and Rapid Advance. They provide quick access to cash, often with just a few clicks via a website, for businesses that in many cases have been left behind by traditional banks.

The problem is that it can be difficult to find enough new customers for all that credit: only 18% of small business loan seekers turned to an online lender for financing in the first half of 2014, according to a recent Federal Reserve survey.

As a result, some customers who sign up for loans are instantly inundated with phone calls and spam from rival lenders hoping to piggyback on the borrower and sign them up for more credit.

The issue has ended up in court, with more established online lenders complaining that some of their rivals are ruining the market. Others in the market fear that the result will inevitably be reckless lending.

“There’s a ton of money out there chasing these loans,” said Ami Kassar, chief executive of Multifunding LLC, which connects small-business borrowers with lenders. “The emphasis on speed, speed, speed by these lenders creates, in my view, great recklessness.”

Marketplace lenders are expected to provide $7.9 billion in small business loans this year, up 68% from last year, according to Morgan Stanley research.

To achieve this, companies are stepping up their marketing. For example, at OnDeck, sales and marketing spend more than doubled to $27.7 million in the first half of 2015 from $13.5 million a year earlier.

Small business owners complain that their contact details seem to circulate once they take out a loan.

When his vegan cafe in Scranton, Pennsylvania was struggling, Christian Pilosi secured a $10,000 online cash advance. He was then inundated with offers from other lenders. Things got so bad that a phone line he keeps for takeout orders was jammed by lenders offering tens of thousands of dollars, rather than customers buying salads.

“They were all saying I should break my contract and take more,” said Mr Pilosi, who said his first lender had explicitly forbidden taking on debt until the loan was paid off.

Some lenders have filed lawsuits accusing rivals of adding second, third or fourth loans that can hurt their chances of being repaid. These loans often take the form of expensive cash advances. Although cash advances have been available for years, industry officials say they have become more prominent due to the ease of online borrowing. They can sometimes be approved within hours, and annual percentage rates on interest and fees can be well over 100%.

In May, a unit of market lender Rapid Advance, which is controlled by Quicken Loans founder Dan Gilbert, filed suit in a Delaware court against cash advance lenders affiliated with Everest Business Funding, alleging that they had made follow-up loans to a Rapid Advance client. which then filed for bankruptcy.

Robert Smith, an attorney for Everest, said he could not comment on a disputed matter, but in a filing he denied allegations that Everest acted improperly and decided to dismiss the complaint. The judge did not rule on this request.

Patrick Siegfried, assistant general counsel for Rapid Advance, said the lawsuit seeks to build a legal barrier preventing lenders and borrowers from piling loans on each other, a practice some in the industry describe as piling. “We do this to set a precedent,” Mr. Siegfried said. “Things like this are happening more and more.”

Business owners may find advances attractive anyway, as they are generally not required to post collateral. Instead, they let lenders deduct payments directly from their bank accounts or credit cards.

Ethan Senturia, managing director of online small business lender Dealsstruck, said he’s seen businesses with up to nine loans. The problem was “exacerbated by the heat of space”, he said.

Newcomers have found small business lending hot largely because many brick-and-mortar banks have pulled out of the market. The volume of small business loans held on bank balance sheets has shrunk by a fifth since the financial crisis, according to a Harvard Business School working paper.

Catarah Hampshire and Shoneji Robison, for example, couldn’t get a traditional bank loan even after winning a Food Network “Cupcake Wars” bakery for their Los Angeles business, Southern Girl Desserts.

But when they spoke to two rookie lenders, Advance Restaurant Finance LLC and OnDeck Capital, in 2012 and 2013, Ms. Hampshire and Ms. Robison quickly secured $80,000 in loans, then were bombarded with offers from brokers representing other lenders.

Southern Girl Desserts took out two additional loans, but then reduced them after debt payments began to eat up too much of their monthly income.

“It’s nothing we were actually looking for,” Ms Hampshire said in an interview. “We didn’t even know this type of loan existed.”

Why You Should Consider Online Lenders To Finance Your Business