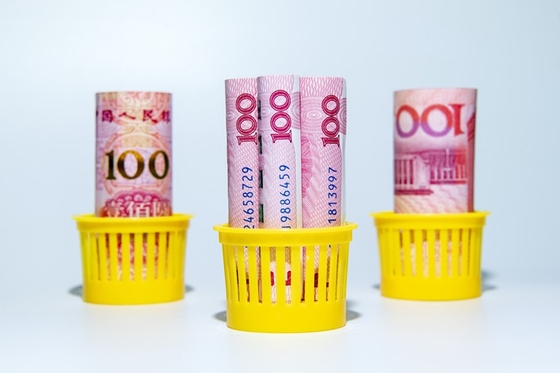 The central bank of China is testing the waters for a new mechanism that will give banks more freedom to set their own deposit rates, the latest step towards achieving its long-standing goal of interest rate liberalisation.

Lenders are encouraged to adjust deposit rates using a deposit interest rate marketization mechanism, which was rolled out in April by the Self-Regulatory Mechanism for Pricing Market Interest Rates, a banking industry body overseen by the People’s Bank of China (PBOC). The central bank unveiled the new mechanism in its first-quarter monetary policy implementation report released on May 9.

Several officials from Quanzhou County in southern China, including the county health bureau chief and deputy chief, have been suspended On Tuesday, amid an outcry over a 32-year-old case of alleged official abduction of a baby during the era of the one-child policy.

A letter apparently from the office denying the parents’ request to investigate the 1990 incident surfaced and sparked outrage online that led to the official investigation.

Hospitals in the southern city of Shenzhen will have to respect patient wishes in providing end-of-life medical care, as an amendment to local medical regulations was approved at the end of June, giving people greater autonomy over how they die.

Shenzhen has become the first place in China to incorporate living wills into local law, ensuring that hospitals consider patients’ written or recorded wishes when treating them for a terminal or end-of-life illness. The discussion generated by the decision attracted more than 120 million views on Weibo.

Four village banks in central China’s Henan province under investigation for frozen billions of yuan in savings from customers named to lead a reshuffle orchestrated by the provincial government, Caixin learned people familiar with the subject.

Each of the four lenders has appointed a new chairman, chairman of the supervisory board and senior executives, they said in statements posted on their websites. The banks are Yuzhou Xin Min Sheng Village Bank, Tuocheng Huanghuai Village Bank, Shangcai Huimin Village Bank, and Kaifeng Xin Dong Fang Village Bank.

supported by the Chinese state Silk Road Fund (SRF) has signed a framework agreement with the Indonesia Investment Authority (INA), a sovereign wealth fund, to facilitate investments in the Southeast Asian country, the two funds announced on Monday.

The SRF plans to invest up to 20 billion yuan ($3 billion), preferably settled in yuan, SRF Chairman Wang Yanzhi said in a statement.

beijing will ban most people who have not received a Covid-19 vaccine to enter crowded public places from July 11 after a recent soaring related to bars demonstrated the high risk of exposure to the virus in these places.

The city government has required that, except for those exempted for medical reasons, people must have at least one Covid-19 vaccine to enter extracurricular training institutions, libraries, museums, cinemas, gymnasiums, internet cafes and performance halls, among others, Li Ang, deputy director of the city’s health commission, said at a press conference on Wednesday.

Vivo says he is cooperating with Indian authorities after the raids

The Directorate of Law Enforcement, a financial crime agency affiliated with the Indian Ministry of Finance, on Monday raided 44 offices of Vivo and associated entities in several states, including Uttar Pradesh, Meghalaya and Maharashtra, for alleged violation of the Prevention of Money Laundering Act, according to local media reports.

Japanese drugmaker Shionogi & Co. Ltd. asked for Chinese approval to sell its antiviral treatment for Covid-19, racing to become the second oral therapy to land in the country after Pfizer Inc’s Paxlovid.

Shionogi, based in Osaka, said a marketing application for the drug, known as S-217622, ​​had been submitted to China’s National Medical Products Administration (NMPA) by its joint venture with the insurer. Chinese Ping An Insurance Group Co. – Ping An-Shionogi.


Newsletter recommended for you /

Caixin Must-Read Newsletter brings you the best of our coverage and must-read stories. You can opt-in now and get free, hand-picked media coverage delivered to your inbox every week.

Thanks for reading. If you haven’t already, click here register.